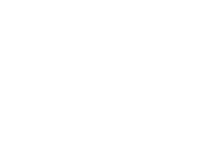 The beef of the domain: Utah Beef

Nature is everywhere: in the surrounding grasslands, in the ponds and water features of the farm, in the rocks of the walls and in the sound of clopping hooves of trotters on the background early in the morning.

You will see it in the eyes of the limousines that you come across in the meadows surrounding the farm.
There are just over 200.

Eat less meat, but eat better meat… That is the mission according to Nicolas, one of the 2 breeders in France who are producing beef without CO2 emissions… All of this following the family tradition with respect for the animals and their pastures. Here the cattle lives outdoors, on pastures on a stone throw away of the historical Utah Beach… No wonder that Nicolas named his meat Utah Beef. 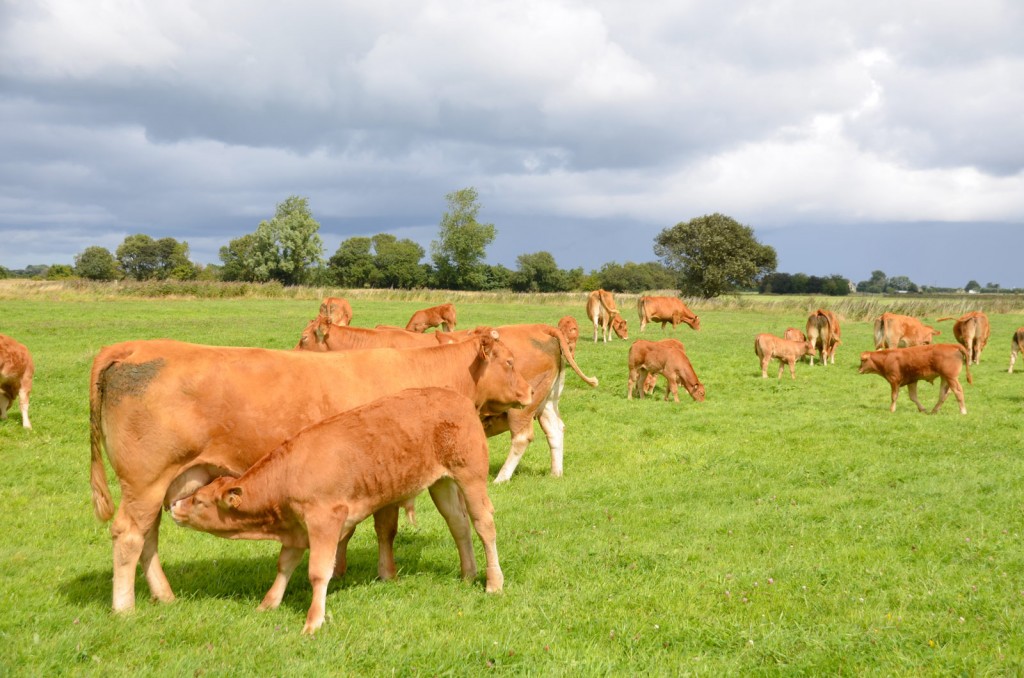 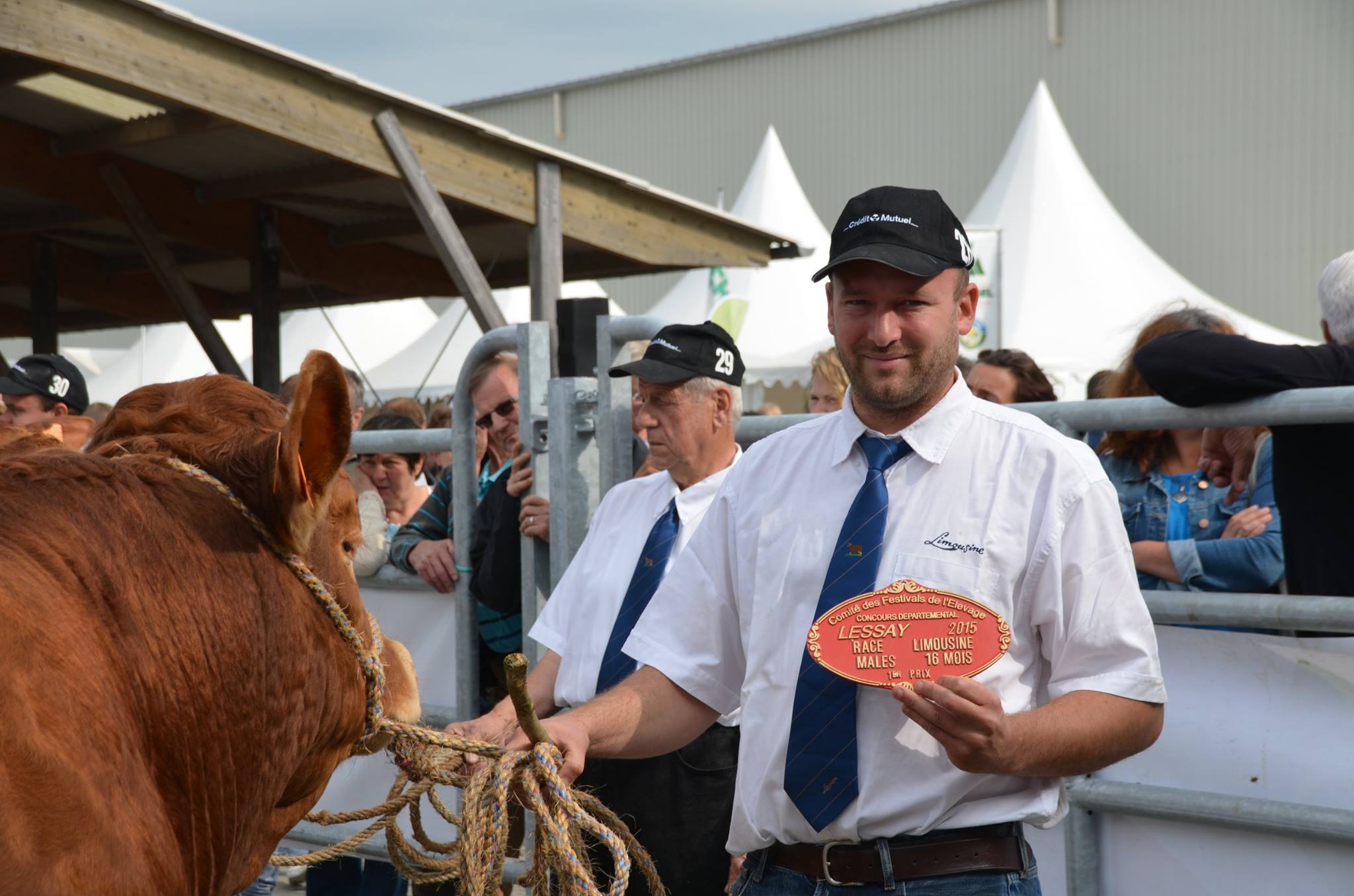 As a breeder selector he gives them all a name at their birth. The bulls are selected and bought at prestigious houses recognized within the cradle of the breed : the limousin.
As a member of the Herd Book, the studbook of the breed since 1886, the breeding farm is being recognized and has even sold some sires.
During your stay at Domaine Utah Beach you can visit the stables and maybe you might assist to the birth of a calf or to the preparations of an animal for a contest…

A true variation and high quality of grass at our meadows. The management of the prairies of Ferme Lavalle, by organic farming, gives the grass time to grow and to enrich itself with everything the marais propose. This grass enhances the limousine, a high standard meat breed known for its taste, its tenderness and its delicacy.
The cattle is fed on grass from April till December. Indoors during the winter they feast the homemade hay harvested in the beginning of summer. This grass feeding produces a meat that is naturally rich in omega 3. During the finishing period a ration of organic locally purchased cereals is added to their food to obtain the fine delicacy of the meat. 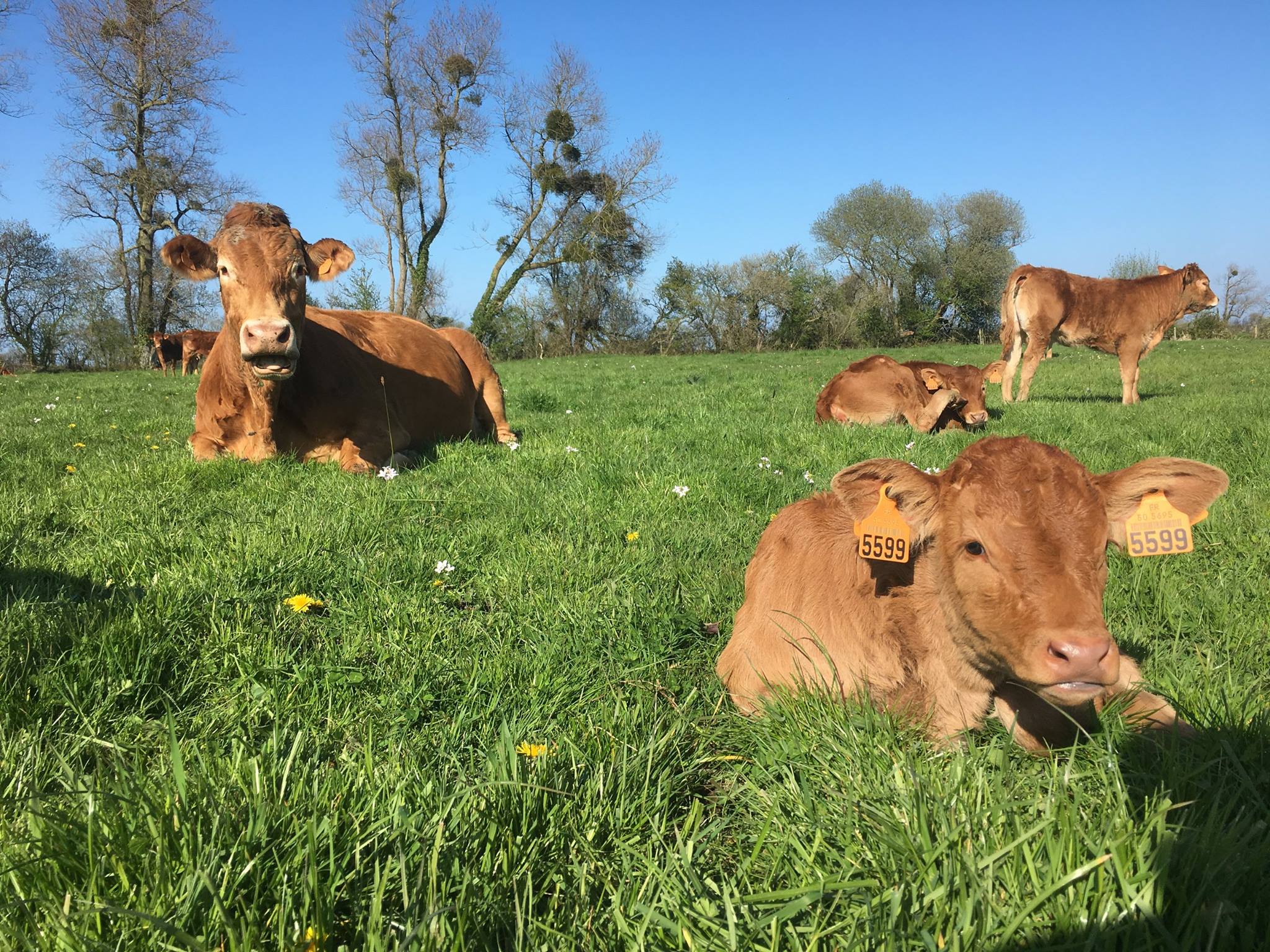 Photos of our limousines